As submitted to the town awaiting approval.

Registration for the Spring League is now open through January 31st.

As in years past our Fall Clinic for new and returning Babe Ruth Spring players will be run by Dave Gray for 8 Saturdays starting on 9/7 at Washington Park. See attached registration form for more details. 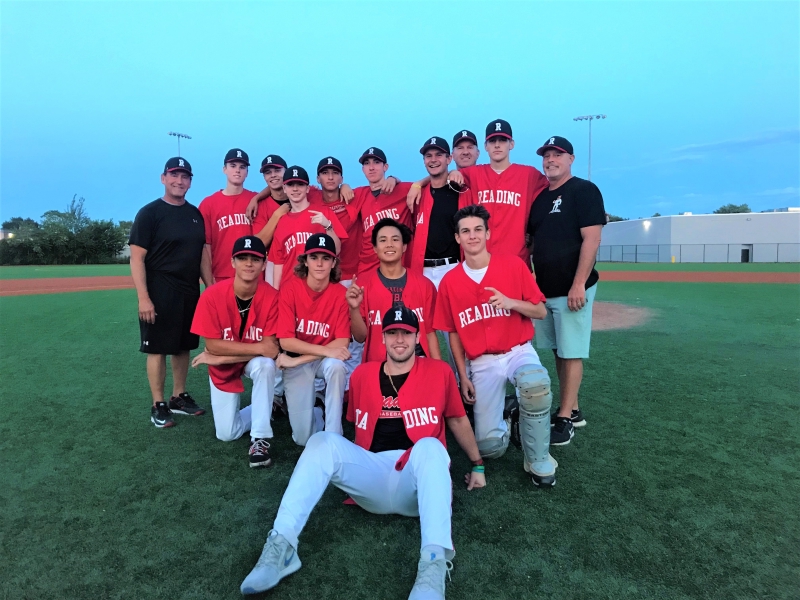 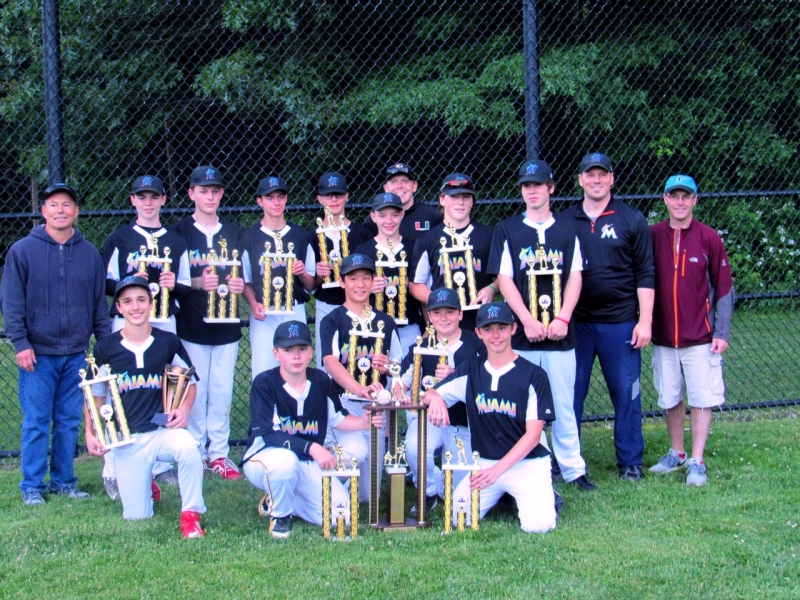 READING- The 2019 RBRL World Series was decided on Friday evening at the Symonds Field venue with the Marlins being crowned the new champions by a score of 7-2 over the Mariners.
This is the first Marlins title since 2007 when the defeated the same opponent on the same field.
The Marlins championship video could have two different titles; “Promise Fulfilled” or “Redemption: The Josh Blumenshine Story”.
The elite Marlin draft class of 2017 were just a few outs away from the title as 13’s and after last year’s disappointing quick playoff exit they came back in 2019 to fulfill their promise and the expectations of many.
For Coach Blumenshine it was his redemption after seeing titles slip away from his teams in the final inning of championship games both as a Little League and Babe Ruth Manager.
These setbacks never escape the minds of even the most well-balanced coaches who have their lives in proper perspective as often the memories can haunt you for a lifetime.
Blumenshine has been known to recall specifics of those late heartbreakers in uncanny detail, some of those times just talking to himself in a corner.
The two opponents in the final game were both built with large draft classes of “8” two years ago. Both classes flourished in their final season though the Marlins were down to 5 and the Mariners down to 6 of the original draft class.
But in the end it may have been the 2018 Marlin draft class that put them over the top as the 1-2 pitching rotation of Ryan Miller and Ryan Mulvey pitched in 17 of the 21 defensive innings and were their most effective in the decisive game three.
The series was most likely decided in the first inning of game three.
The Mariners had a chance to put multiple runs on the board out of the gate when Michael Fabiano led off with a walk and Ben Costa singled to right center field.
With one out Ben McGilvray singled to load the bases bringing up Matt Gerardi.
Gerardi’s hard grounder to first base was fielded cleanly by Mulvey who threw home for the force out.
The next batter Colin Williamson grounded to Zac Arnold at shortstop who hesitated long enough that he had to sprint to the second base bag to force out McGilvray on a very close call.
The Marlins used the momentum of their first inning escape to jump on the Mariners for three runs.
In the end the three runs were all the Marlins would need to secure the victory.
Arnold walked to start things off and the Brenden Walsh doubled to deep left field to score the run.
Nick Zannino singled and stole second base.
Then on the throwback to the pitcher Walsh came home on a delayed steal.
Zannino scored after the next batter Mike DiPietro lined out to the infield but on an attempt to double Zannino up at third base the throw was got by third baseman.
The Mariners cut into the lead in the top of the second effort on an infield error and some more Marlin’s “keystone cops” base running defense that brought Matt Jones home (who had walked).
Eric Pettorossi was thrown out at the plate during the same crazy sequence which tempered the damage.
In the fourth inning the Marlins scored three more runs to essentially put away the championship.
Arnold singled to start the inning and then Walsh singled, but Arnold was thrown out at home on an aggressive dash to the plate.
Zannino walked and then stole second base after Walsh had advanced to third base.
That set the stage for series MVP Mike DiPietro singled in two runs with a line drive single to left field.
As was the case during the entire playoff season, DiPietro could not be contained on the bases and moved his way around to score on two steals and a wild pitch.
The Mariners dented Mulvey for an unearned run in the fifth after an infield error and a Gerardi bomb to dead center for an RBI double.
From there it was all Mulvey and the defense with the Miller/Arnold middle infield duo making all the plays and Tyler Nohl making a nice catch on the left field foul line.
The workhorse Mulvey retired the last 8 batters of the game and only allowed two baserunners in his 4 innings of work.
The Marlins had their championship and if you listened closely you could hear “ease his pain” emanating from the woods deep in the outfield.

The Marlins 2007 team was one of the most dominant teams in RBRL history who won both WS games in slaughter rule like fashion. Included were future varsity players Steve Ratacik, Ryan Carter and Chris Welch as well as all time RMHS Football point scorer Tino Perrina (350 pts, that is 58 TD’s and he was hurt half his senior season).

After losing their talented 15 year old class the Marlins re-upped when they won the Scott Tully sweepstakes the next year and also drafted Drew Zaccardi in the second round. They ended up being the number 1-2 pitchers on the RMHS varsity in 2012. They were back in the Series by 2009 but lost to the Royals (in the first of their back to back titles). The series is famous for having Scott Tully being held out for a possible game three by his coach (father) for a game that never happened.

The next year in 2010 the team was taken over by Joe D’Alessio followed by Jack Malley and then John Gill.

And this tidbit for Coach Costa: The Manager of the first Marlins championship team was one our umpires Peter Marfione

The Mariner 2007 WS appearance was a Cinderella story as they got the AL championship after finishing last in the regular season. They were right back in the Series in 2008 where they lost a classic to the Phillies in 3 games. They were led in both years by future RMHS baseball captain Tom Crowley.

The Mariners have had a line of our most colorful and prominent names starting with John Halsey in 2003, Tom Crowley, Jay Burke, Pat Barbera, Peter Lenox, Gary D’Entremont and longtime Summer Rocket coach Dave Clivio was an assistant there.